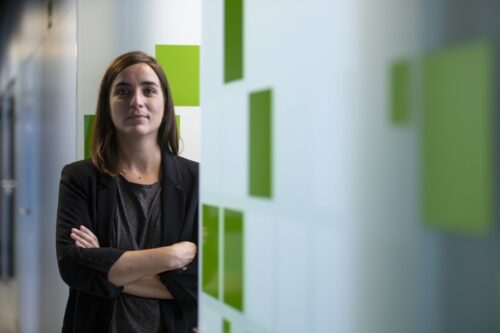 Severe acute respiratory syndrome 2 (SARS-CoV-2) infection leads to a high risk of hospitalization and mortality in diabetic patients. SARS-CoV-2 binds to angiotensin-converting enzyme 2 (ACE2) receptor, which is expressed in key metabolic organs such as pancreas, muscle, heart, adipose tissue, the small intestine, and the kidneys. As a result, it is likely that SARS-CoV-2 may cause alterations of glucose metabolism that could complicate the pathophysiology of pre-existing diabetes or lead to new mechanisms of disease.

Thanks to an international collaboration we have previously shown that SARS-CoV-2 can directly infect engineered human blood vessel organoids and human kidney organoids. In these last months we have started to collectively addressed how to study on the interplay between glucose metabolism and SARS-CoV-2 infections making use of kidney organoid technology. We have first developed culture regime conditions in human kidney organoids mirroring cellular responses similar to those encountered in the human diabetic kidney. Through an exhaustive characterization including single cell RNA profiling and ulterior validation in organoids and kidney patient cells we are starting to dissect the different transcriptional programs that are differently regulated in these different contexts. To further assess on the key role of ACE2 in these processes we have make use of CRISPR/Cas9 technology to generate human pluripotent stem cells lines knock out (KO) for ACE2. Kidney organoids ACE2KO have been further subjected to SARS-CoV-2 infections in normoglycemic and oscillatory glucose conditions further demonstrating the central role of ACE2 in early steps of infection in these organoid model systems. Thanks to our international collaborators we have also explored on the role of ACE2 in early steps of SARS-CoV-2 infection in other organoid platforms including gastric and vascular organoids.

Together, our results provide evidence that SARS-CoV-2 infection altered glucose metabolism and support the use of kidney organoids as a platform to investigate the cellular susceptibility, disease mechanisms, and treatment strategies for SARS-CoV-2 infection in hyperglycaemic condition.

This seminar will be held using the GoToMeeting Platform