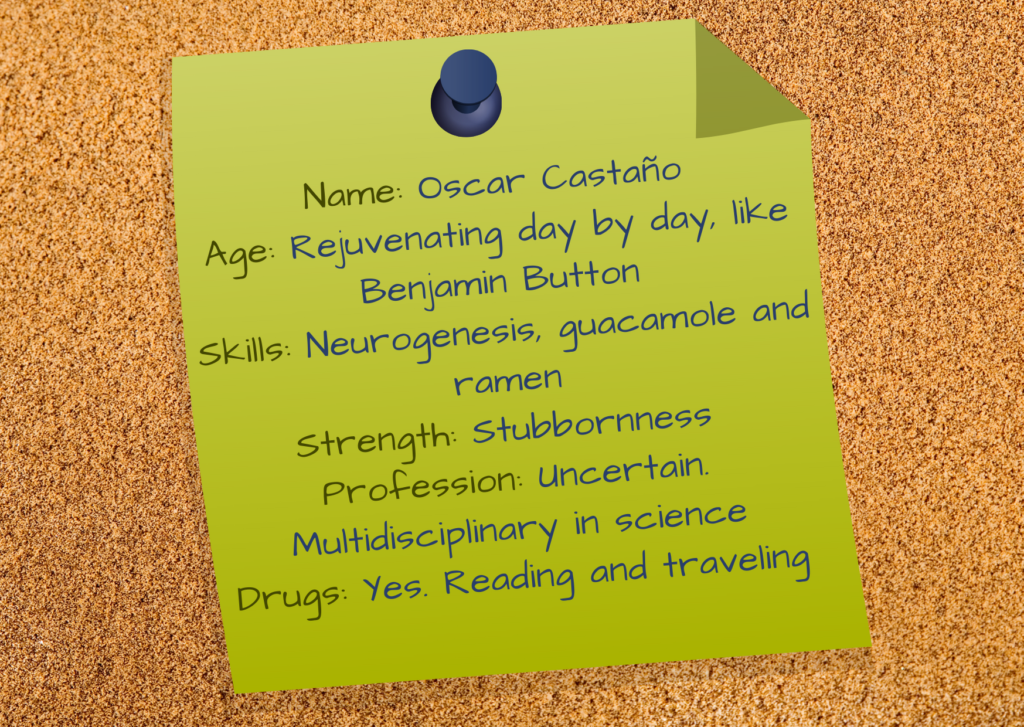 Now that you’ve had a quick review about Oscar Castaño, let’s get more into detail!

Oscar arrived at IBEC a loooooooooooooooong time ago, when the only way to arrive to IBEC was by horse carriage. No, just kidding. He came to IBEC in 2007, practically when the institute was born. He has seen it grow and we could say he is a proud IBECer!

He is a senior researcher at the “Biomaterials for regenerative therapies” group, and he is also a tenured associate professor at the University of Barcelona and the coordinator of the master’s degree in Biomedical Engineering UB-UPC. Before being a professor, he had to do nine Public Examinations before getting tenured. As you could see in the post-it, Oscar is stubborn by nature, and as he says, “this teaches you not to drown in a glass of water”, so in his case, being stubborn is a gift.

He says he no longer knows how to define himself at a scientific level. His CV says he has a bachelor in Chemistry, and a Ph.D. and a Master in Material science, but we could say he is a multidisciplinary scientist. That would be very accurate.

In his research, Oscar and his colleagues fabricate and process biomaterials with applications in tissue engineering. Particularly, materials that promote the vascularization to be regenerated, that mimic the natural structure of the tissue, that they can control their behaviour in space-time so that these materials can fit in the way in which the host tissue is able to regenerate itself. This has led him to work with microfluidic modelling, nanoparticles, 3D printing, and the more fundamental development of hydrogels that can act as inks and bioinks for bioprinting. Once again, very multidisciplinary.

Oscar has a strong belief: researchers, especially the ones touching different disciplines, have greater brain agility that makes them learn things with an impressive speed. That is quite a statement. As he says, “this may involve neurogenesis in adulthood, the creation of new neural connections, brain plasticity, and many other stories I have no evidence yet. But, well, there I leave it and with an N = 1. This study would only be accepted in a predatory journal”.

According to Oscar, his greatest achievement, both at a personal and professional, level was becoming a Ph.D. In his own words “for those of us who are moved by curiosity and solving different challenges every day, it was the culmination of many efforts, frustrations, joys mixed with personal relationships, friends and family to achieve something tangible”. Another great achievement in the professional field is that he has also been awarded as the best young Spanish researcher in biomaterials by the CIBER-BBN. But for him, the most rewarding thing about being in Academia is that his former students don’t hate him too much and that they go and pay him a visit when they come back to Barcelona. 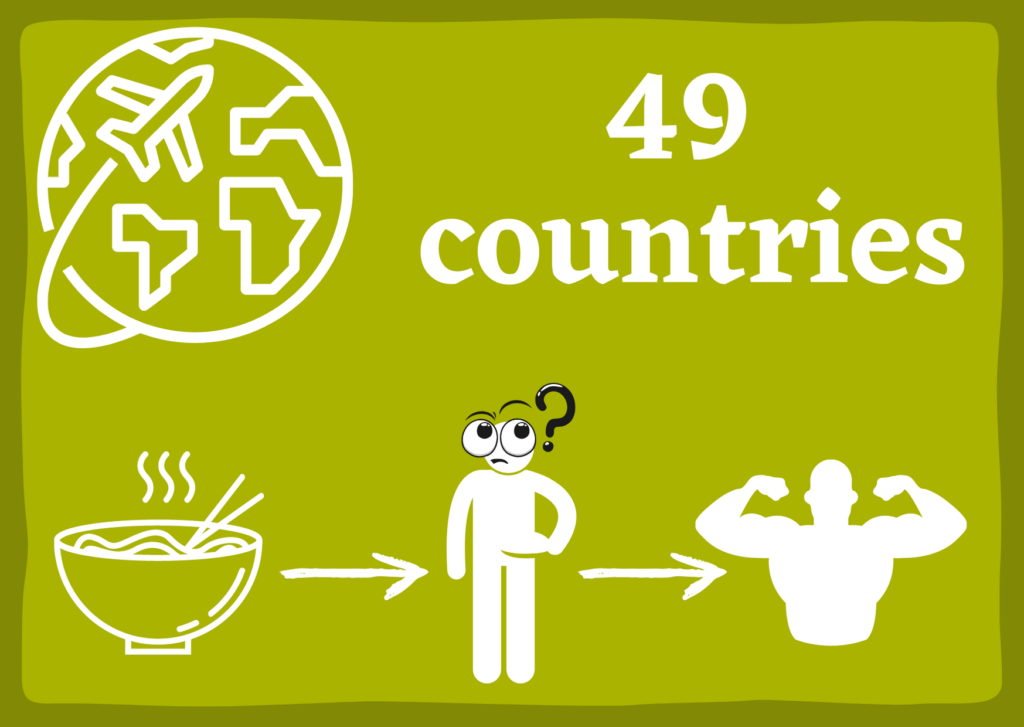 His passions are reading (he considers it his drug) and traveling (he has been to 49 countries). But traveling has a dark side… when traveling, you tend to eat a lot (which is another of his multiple passions) and eating a lot leads to, simply put, gaining weight, and that can only lead to one place. The gym.

As eating is one of his passions, he can also cook, and he says that, without any doubt, he cooks the best guacamole and ramen, south of the Pyrenees. This has been a result of trying and trying. Stubborn? Maybe.

Also, Oscar tells us that one of his skills (or occupational hazard, as he describes it) is to remove the bias from the decisions he makes. He is the perfect example of an apparent rigorous scientist, both at a scientific level and in his way of life. The scientific method walks with him everywhere he goes, there is no escape!! In fact, many friends (he has around <5 friends, but all of them with an impact factor higher than 30) consult him as if he was an oracle. Oscar and his friends create Excel tables to solve problems, they write down the observations, state of the art, the different actors, variables, formulate hypothesis, check the available models, test experiments, analyse data, report conclusions, etc. Obviously, it’s impossible to eliminate the bias entirely, but they try. As he says: “I don’t know if I help them fix the problem, but they can at least post something different on Instagram”.

So, you might not be able to see Oscar very often in the lab, because he spends quite a lot of time at the UB, he still doesn’t own the ubiquity gift, but let’s give him time. If you see him, he can recommend you readings, travels, restaurants (ethnic ones especially), he can share with you his theories about the researchers or he can help you sort your problems with a nice Excel 😉