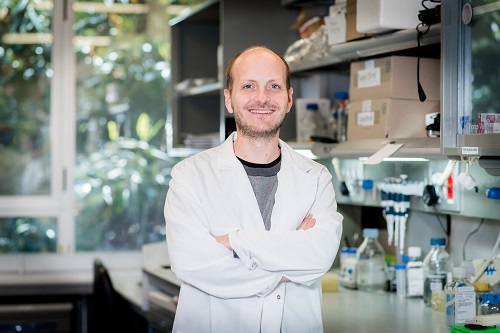 The researcher at the Institute for Bioengineering of Catalonia (IBEC), Xavier Trepat, has received the prestigious ERC Advanced Grant awarded by the European Research Council (ERC) worth 2.5 million euros.

Thanks to this grant the expert and his group will be able to study the mechanical properties of the epithelium in 3D and to lay the foundations for a pioneering technology called “Epifluidics”, which will allow the design of biological robots. 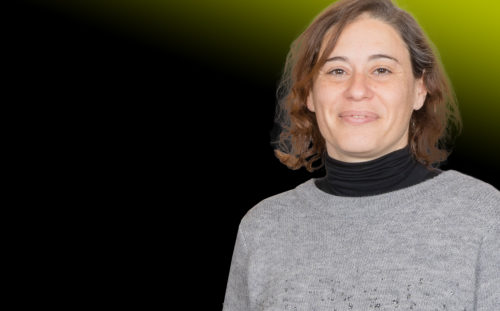 Elena Martínez, Group Leader at IBEC and UB Professor, has been awarded the prestigious “Proof of Concept” grant of the European Research Council (ERC). With her “GUT3D-PLATE” project, Martínez and her team at the “Biomimetic systems for cell engineering” group will further develop technology to fabricate ready-to-commercialize 3D cell culture substrates mimicking the intestinal physiology. 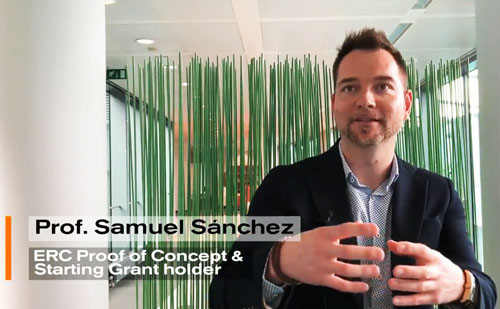 Research Professor Samuel Sánchez presented last March 3rd in Brussels the new generation of NanoBots and BioBots developed in his research group at Institute of Bioengineering of Catalonia (IBEC) in Barcelona.

The presentation took place during the European Research Council (ERC) Seminars. The audience was composed of scientific personnel of ERC, as well as a general audience from the European Commission.
With the title “Nanobots to 3D BioBots as future tools in robotics and medicine” Professor Sánchez presented during his seminar, fundamental aspects of catalytically powered nanoparticles -also called nanobots-, their applications in environmental remediation and also in future smart nanomedicine.