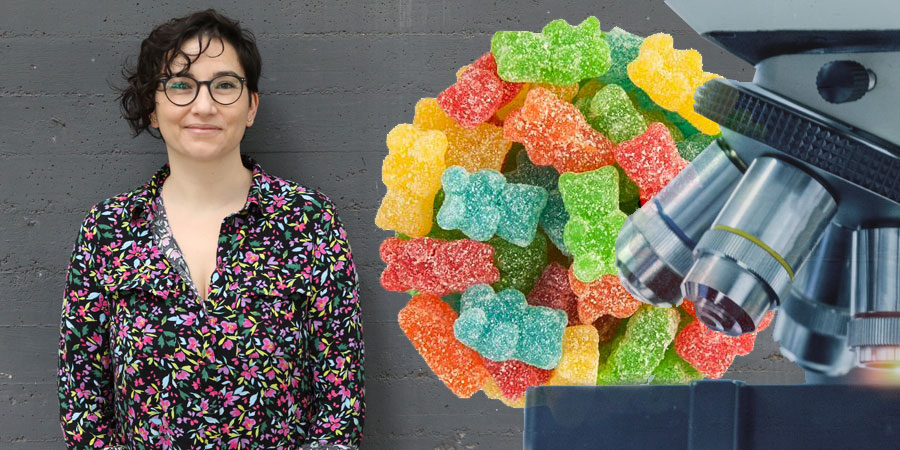 Seeing is believing. And what can be more exciting than working with different microscopes and being able to see what at a first glance, seems invisible? At IBEC we are lucky to have an expert and lover of microscopes. Aurora Dols is our microscope artist. She is thrilled about the fact of being able to see things at the nanoscale, and maybe that is why she decided to study science and devote her life to the scientific career.

Aurora Dols was born in Palma, in the Balearic Islands. She had pretty clear that she wanted to become an architect. But when she was in high school, at the physics lesson, so many questions started to bump into her head, that she started bombing her teacher with so many questions and curiosities, that he gladly answered. Her teacher encouraged her to think further which increased Aurora’s curiosity to science. At that point, she decided to study Biotechnology at the “Universitat Autònoma de Barcelona”.

During her last year of studies, she did an internship at the Microscopy Services at the university, working with TEM and SEM Microscopy. That’s when she fell in love with the microscopes. After that, she decided to study a master in “nanoscience and nanotechnology” at the University of Barcelona and did her PhD in nanoscience and started working at IBEC. Here, she started to work with AFM and to focus on the membrane mechanics.

Aurora was one of the first people to work in the Hélix building, back in 2007, when she joined Gabriel Gomila’s group (a lot of water has flowed under the bridge since then!!!). Then in 2013 she left IBEC (but not for ever as you can assume). She spent some years working at CSIC-CiberBBN, then in the Netherlands at TU Delft and Kavli Institute of Nanosciences and finally, just one week before lockdown in March 2020 she came back home. In her return, she first worked in the labs of Pere Roca-Cusachs and Marino Arroyo both from IBEC and now, she is closing the circle and she’s back to where everything started, with Gabriel Gomila.

Many cellular processes are driven by electrical and mechanical phenomena, but very rarely are studied at the same time. Their interdependence has evidenced the need to address them in an integral way, especially when addressing nanoscale processes.  Aurora is currently developing a system to measure the mechanic and electric activity in biological samples. At IBEC, you can find her working with the AFM microscope, and also, analysing data and images.

Only during her thesis, she collected about 68,000 files between AFM images and force curves. Can you guess how many files she has collected by now? We lost count! She developed a top-secret technique (she might share it with you if you persuade her with a chocolate or gummy bears) to process the images but even like that some images took2 hours of manual processing! things were not that easy at that time, but nowadays, thanks to software improvements, these images can be processed almost automatically. 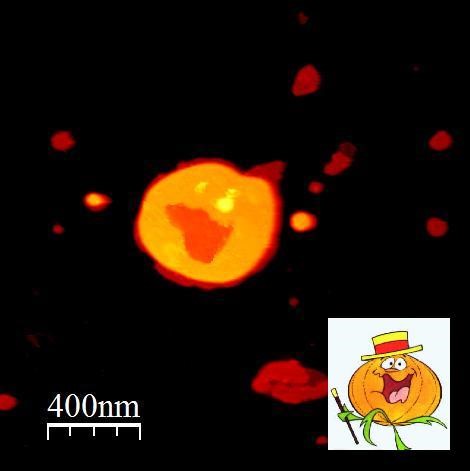 Despite her love for the microscopes, Aurora has some hidden skills… She loves sculpture, both clay and wood, her grandfather taught her when she was little. Also, she likes drawing and photography. In fact, preparing samples and taking pictures with the microscope has quite a lot in common with these hobbies! Some years ago, she won the “IBEC’s Image of the month” that we used for our yearly calendar. Her image “NanoRuperta” which was an Atomic Force Microscopy image of a double phospholipid bilayer on mica, that she entitled “A nostalgic Spanish TV mascot resemblance. 1, 2, 3…  sorry … 1·10-9, 2·10-9, 3·10-9…”.

Aurora has another hidden skill, a sharp memory. She has tendency to remember “not so useful” things, such as all the dinosaurs’ names or IKEA’s furniture names and measurements, we can say she is a walking catalogue! Jokes aside, we are sure that her great memory skills, her passion for science and all her abilities and determination are the reason why Aurora is such a great scientist! If you wish to know more about microscopes, dinosaurs or IBEC’s history and gossips (remember she is one of the first people to “inhabit” the Helix building”) buy her some gummy bears and get ready for a master class!