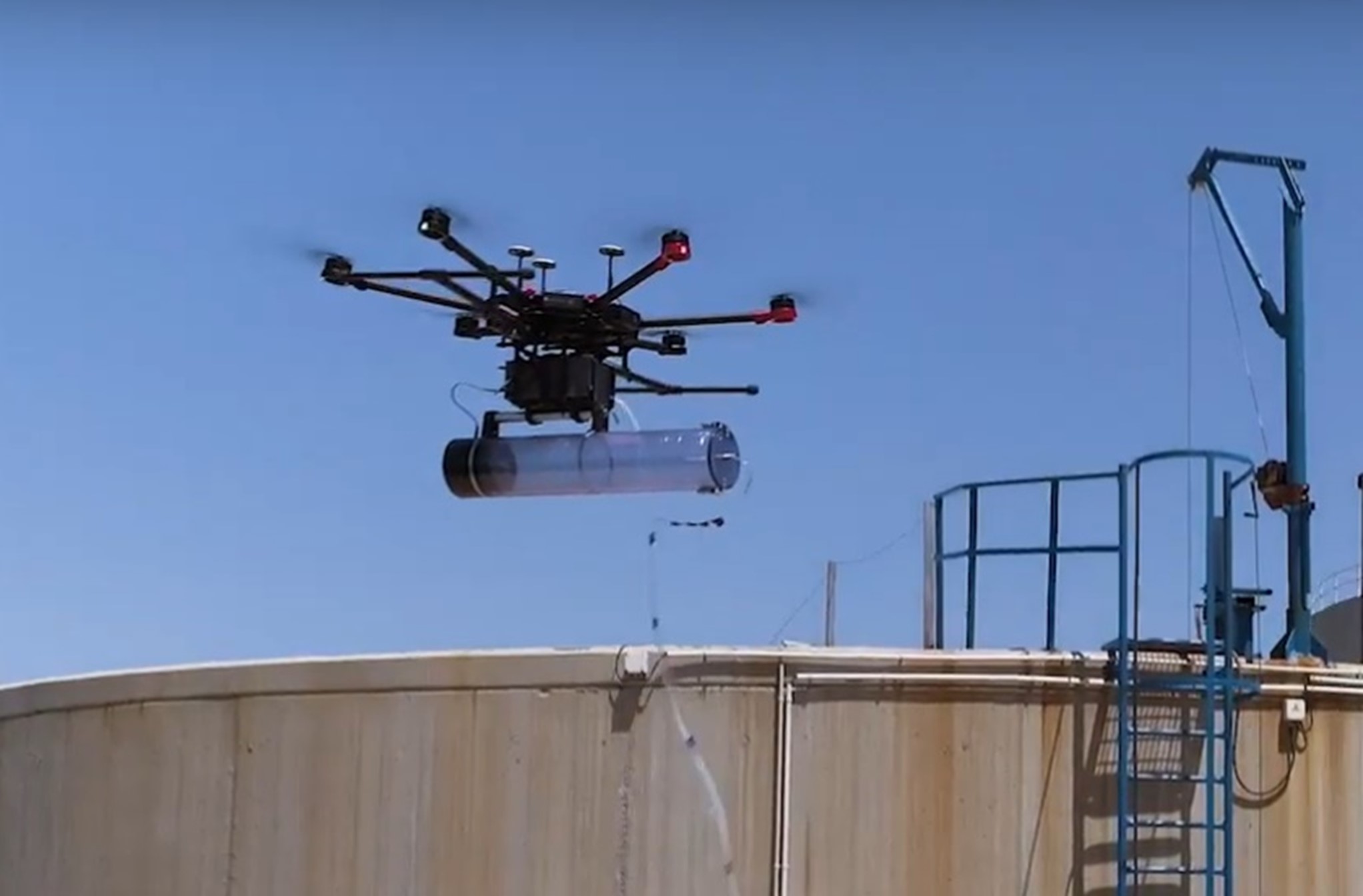 Conventionally, a wastewater plant’s odor is measured by dynamic olfactometry, where a human panel whiffs and analyzes bags of air collected from the plant. Although the method has been considered as the gold standard, the process is costly, slow and infrequent, which doesn’t allow operators to quickly respond to problems or pinpoint the root of the stench.
“I live two kilometers (1.2 miles) away from a wastewater treatment plant, and from time to time, you can’t even open the window because the smell is horrendous,” says senior author Santiago Marco of the Institute for Bioengineering of Catalonia.

We shouldn’t underestimate the impact to the quality of life for the people surrounding these facilities, and there are also physical and psychological consequences of being exposed to malodors.

To better monitor wastewater plants’ odor emission, Marco and his team designed a portable e-nose for real-time surveillance and data visualization with the help of artificial intelligence (AI). The team collected bags of air from a plant and trained the e-nose to sniff out pungent chemicals such as hydrogen sulfide, ammonia and sulfur dioxide, which smells like rotten eggs, urine and burnt matches, respectively. The e-nose is also equipped with a sensor for carbon dioxide, an indicator of bacterial activity. In laboratory settings, the e-nose performed nearly as well as human noses.

The researchers then attached the 1.3-kilogram (2.9-pounds) e-nose to a drone and sent it into the skies at a medium wastewater treatment plant in the south of Spain between January and June. Hovering over different facilities at the plant, the “sniffing-drone” sucks in air via a 10-meter (33-foot) tube and analyzes the air in a sensor chamber.

“What’s tricky with odor measurement is that it’s a human perception, and it’s not well-defined,” says co-author Maria Deseada Esclapez of Mediterranean Water Purification, a sewage wastewater and sanitation service company. “We are not only trying to quantify particular or individual components of the emission, but also to predict the intensity of odors as perceived by humans.”

The results demonstrated that the e-nose on a drone was feasible for wastewater odor monitoring. When analyzing the same air samples in a field test, 10 out 13 measurements from the e-nose aligned with the human panel’s assessments. Aided by the drone’s mobility and the AI algorithm, the team also mapped out the temporal and spatial odor concentration, and for the first time, predicted the intensity of the scent from drone measurements.

We are extremely happy with the results, but we need more validation and make the device more robust for a real plant operation.

The team plans to shave off some extra weight from the e-nose and develop a standardized process for the method. They are also planning to further optimize the device against influence from temperature, humidity and other environmental conditions that can affect the accuracy.

“The work may also have implication for other facilities like landfills, composting plants, or even large farms with cattle and pigs that are also known to produce all types of malodors,” Marco says. “We are eager to see what impact this work would have on the industry,” adds Esclapez.