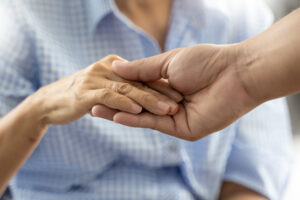 Parkinson’s disease is a chronic and incurable neurodegenerative disease that affects among 7 and 10 million patients around the world. Parkinson’s mainly affects people aged over 65 years (in 70% of cases), although around 15% of the affected are under 50. It is a disease that affects the central nervous system, causing symptoms such as disorders in balance and walking, tremors and muscle stiffness.

Currently, the causes of Parkinson’s disease are unknown and, therefore, also the exact mechanisms to prevent it. However, a key element that slows its treatment is known: the difficulty of existing drugs to overcome the blood-brain barrier, the natural protection of the brain.

In this context, the IBEC Faster Future program has made possible that during the last two years, and thanks to the 28.957,20€ raised with donations, ICREA Research Professor at IBEC Silvia Muro led the study that aims to use antibodies as the basis of a therapeutic product that “opens the lock of the blood-brain barrier”, and makes possible the treatment of Parkinson’s.

Concretely, Professor Muro’s team has investigated the possibility of developing a universal antibody that can bind to the endothelial receptor of interest, both in laboratory animals and in humans.

All the details of the research are available in the report published on ibecbarcelona.org page. Previously, and with the aim of making the project’s objectives known, Professor Muro held an informative talk at the Catalan Parkinson’s Association. During the meeting, besides updating Parkinson’s patients on the scientific advances that were being developed, researchers and IBEC had the opportunity to see, first-hand, the concerns of Parkinson’s patients and their families.

Donor contributions also made possible for Professor Muro’s line of research to obtain funding through competitive public research funds. Thanks to all this, researchers will continue working to try to respond to one of the greatest challenges of modern medicine: developing “vehicles” that make it possible to transport drugs across the blood-brain barrier and help fight Parkinson’s.

These generous donations have made possible the beginning, and the most crucial steps, of this new project focused on enabling the passage of drugs to the brain for the treatment of Parkinson’s and other neurodegenerative diseases, a cause with which we will remain highly committed.

IBEC scientific and administrative teams would like to thank the involvement and commitment of all donors, both individual and institutional, including Cementos Molins, Zeiss, Izasa Scientific, Eppendorf, Seidor, Barcelona Global and Proaudit, who have made this project possible.

For more information and contributions to other projects ongoing, please visit the page “IBEC Faster Future”.