Last Friday, September 24, the “European Researchers’ Night” took place, an event that is held on a European scale in more than 300 cities in 30 different countries. The objective of this event is to publicize the diversity of science and its impact on the daily lives of citizens in a close and inspiring way. For yet another year, IBEC has not wanted to miss it and has been present at various activities. 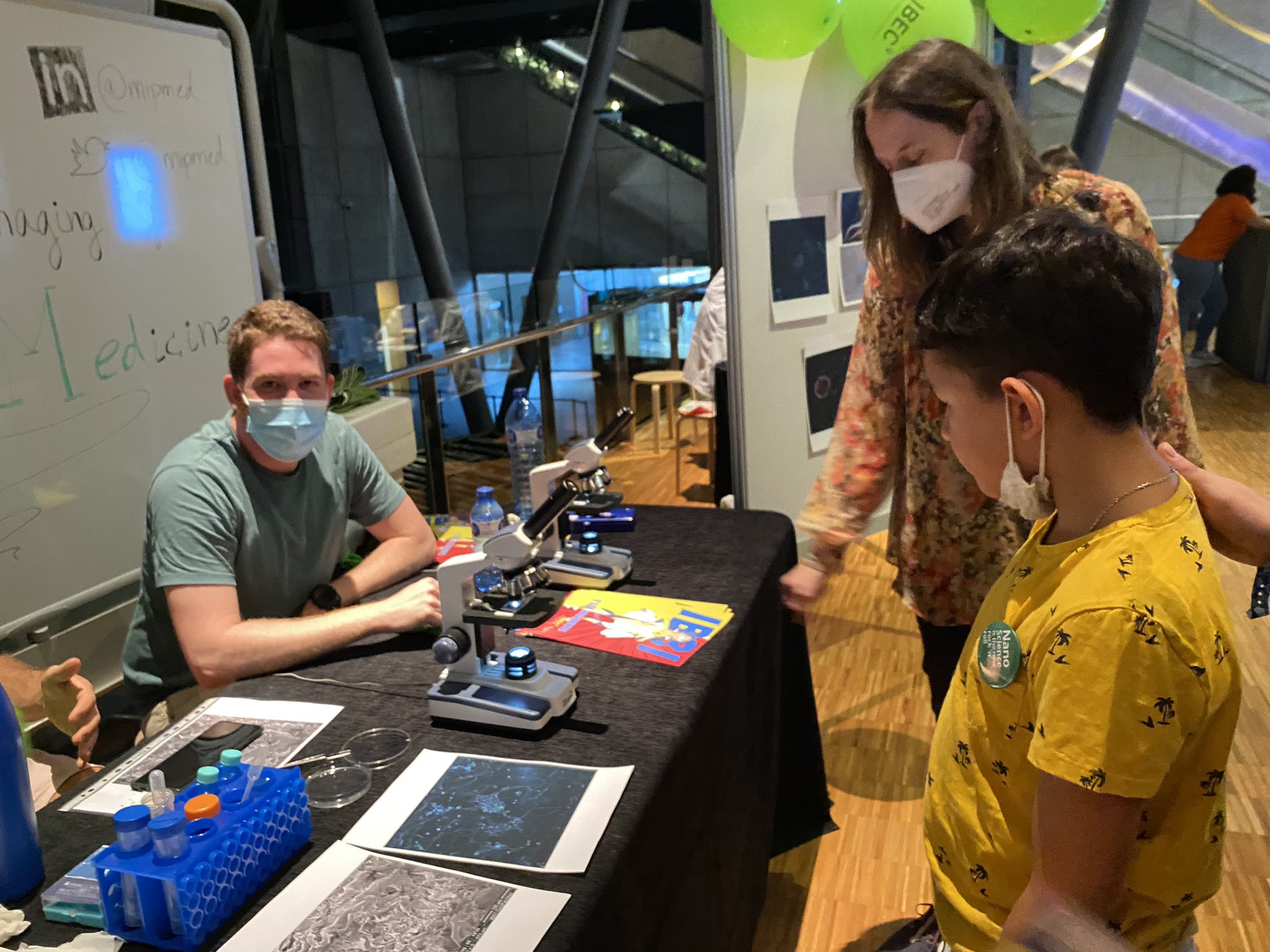 Marc Azagra, researcher at the “Molecular Imaging for Precision Medicine” group at IBEC

With the aim of bringing research and its protagonists, the scientists, to the public, several IBEC representatives participated in the Researchs’ Night, in different activities promoted by “La Caixa Foundation” that took place at CosmoCaixa in Barcelona.

On the other hand, in the “Face to face: micro-talks in English” activity, several IBEC researchers gave talks to an audience of 45 people. Among them, Mohit Kumar with a talk on ” Molecular machines for next generation medicines “, Zarina Naurgaliyeva who spoke on “Human kidney organoids in biomedical research”, and Veronika Magdanz speaking on ” Microrobotics: How to shrink a surgeon? “

As a novelty this year, some of our researchers also participated in “The research morning” an initiative for schools within the framework of the “Researchers’ Night”. In this activity, the researchers Manuel González, Irene Marco and the IBEC science education coordinator, Pilar Jiménez, gave talks in different schools, and discussed topics such as the revolution in bioengineering, biomechanics or what’s like to investigate in molecular imaging. More than 60 students listened to his talks and were able to speak with our researchers live to answer any questions or concerns.

The European Research Night is a European scientific dissemination project promoted by the European Commission within the framework of the Marie Sktodowsca-Curie actions of the Horizon 2020 program.