Using AI and Machine Learning to understand the mechanisms underlying one of the major unsolved challenges for both the natural and social sciences: human cooperation.

After decades of research in economics under the framework of game theory, we began to develop a systematic method to tackle the problem of cooperation, at the behavioral and analytical level, through a set of experimental designs (i.e. “games”) in which we simplify real-world social dilemmas (e.g. the prisoner’s dilemma, the tragedy of the commons).

However, core assumptions underlying classical game theory were consistently challenged by the behavioral data obtained in human studies. Recently, thanks to the advances in the field of Artificial Intelligence (AI), and Machine Learning (ML) such as Deep Reinforcement Learning (DRL), researchers are developing algorithms able to “solve” or find optimal solutions to the games proposed in classical game theory. But, given the black-box nature of deep network approaches, computational principles of social decision-making are not readily revealed by such approaches nor can we gain any insight about how the human brain realizes that function. To tackle that problem, neuroscientists started exploring the computational and neural mechanisms underlying altruistic or cooperative decisions in a social context. Still, we are far from having a systems-level understanding of such a complex process.

Thus, with this project we wish to shed some light on the following questions:

To answer these questions, this research will aim to develop a functional and biologically plausible computational model of social decision-making in order to study both the cognitive functions and the neural basis that drives social behavior in multi-agent populations.

To study this model from a systems-level perspective, we will try to integrate it within DAC-X, the latest computational implementation of the Distributed Adaptive Control cognitive architecture. This framework already incorporates biologically constrained computational models of different regions of the mammalian brain and was capable of matching individual animal behavior on a benchmark foraging task.

We will test the architecture on multi-agent coordination tasks to understand how the coupling of cognitive agents evolving in shared environments shapes the emergence of social behaviors (e.g. cooperation, competition). We will attempt at reproducing behavioral data observed in game-theoretical experiments that require a certain level of coordination between two or more participants. 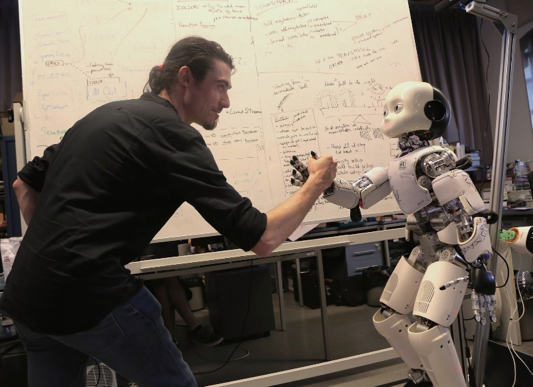 With the results of this work, we aim to provide new experimental predictions about the functions and brain structures involved in social decision-making, to then test them in human benchmark tasks.

During this research, the main following activities will be conducted: