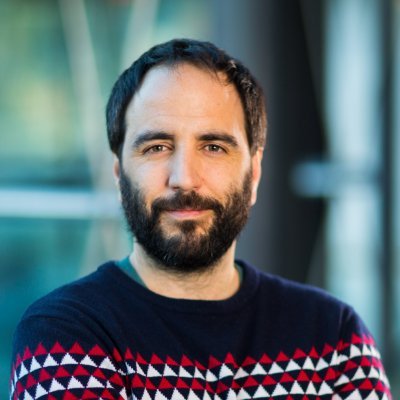 During its fifteen years of history, IBEC has seen many researchers spend part of their scientific journey in its premises. These very talented people, who form today part of our “alumni family”, participated at IBEC in the forefront of bioengineering research, generating knowledge to develop new solutions and technologies to improve life and health sciences. The last example of success of an IBEC alumni is Alberto Elosegui-Artola, who joins the Francis Crick Institute in London as a Group Leader.
Alberto studied mechanical engineering at the University of Navarra, Spain. Afterwards, he developed his pre-doctoral research at the CEIT (Gipuzkoa Center for Technical Studies and Research) and obtained his PhD in Biomedical Engineering in 2012 awarded by the University of Navarra. Then, he joined IBEC to perform his postdoctoral studies, where he worked as a postdoctoral researcher at the Cellular and Molecular Mechanobiology group, led by Pere Roca-Cusachs. At this time, he contributed to the identification of novel molecular mechanisms that explains how cells sense and respond to mechanical properties. This was a very fruitful period where he participated in 14 frontline scientific publications, leading five of them.

IBEC gave me the opportunity to perform cutting-edge science with amazing researchers.

His stay at IBEC opened the doors to another postdoctoral stay in the frame of a Marie Sklodowska-Curie fellowship at the Laboratory for Cell and Tissue Engineering led by David Mooney, at the Harvard School of Engineering and Applied Sciences (SEAS), EUA, in 2019 and 2020.

During his stay in Mooney’s lab, Alberto was awarded with an ERC Starting grant to develop his research at the Francis Crick Institute in London. He received 1,5 million € to study the biophysical and molecular mechanisms used by the cells to perceive and respond to the environmental changes of the extracellular matrix.

The ERC grant will allow him to establish his own research group at the Francis Crick Institute at UK, a forefront research centre that aims to uncover fundamental biological mechanisms in health and disease. He will be attached to the Department of Physics from the King’s College London.

The goal of his future research group, the Cell and Tissue Mechanobiology Laboratory, is to understand how physical properties and biochemical cues work together to regulate biological functions, by combining molecular biology, engineering, biophysics, microscopy and computational modelling.

Hopefully in a near future I will establish new scientific collaborations with Pere Roca Cusachs and other people from IBEC.

IBEC wishes Alberto lots of scientific achievements in this new chapter of his scientific career.