IBEC has been awarded for the second time the ‘Human Resources Excellence in Research’ from the European Commission, in recognition of its commitment to continuously improving its HR policies. With multiple actions in line with The European Charter of Researchers and The Code of Conduct for the Recruitment of Researchers (Charter and Code), IBEC renews the logo for the next three years. 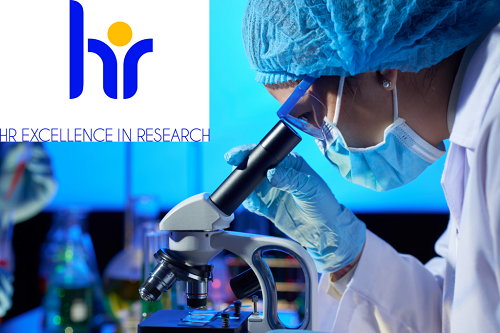 In 2015, IBEC received the official HR Excellence in Research logo to help promote itself as a provider of a stimulating and favorable work environment according to the Charter and Code, which describe the rights and responsibilities of researchers and their employers and contribute to the creation of a labor market that is transparent, attractive and open at an international level. In early 2022, after an external evaluation by European Commission representatives, IBEC renews the logo and award for ‘Human Resources Excellence in Research’ for the next three years.

In words of the European Commission reviewers “There have been multiple best practices implemented, some of them representing interesting “out of the box” solutions and could be beneficial also for other research organizations. IBEC has increased the visibility at the international level, structured the approach towards the improvements on researchers’ working conditions, and therefore attracted both national and international researchers featuring the excellence and outstanding results.”

The second award is the result of IBEC’s development, since almost a decade, of its Human Resources Strategy for Researchers (HRS4R) and associated Action Plan, which compared IBEC’s current HR practices against the Charter and Code principles and contains specific measures to make distinct differences in the future.

IBEC adhered to the Charter and Code since 2012 and obtain the first award in 2015. Some years later, many new initiatives have been developed at IBEC. We thank all the volunteers, committees and the whole IBEC community for this achievement.

Following IBEC Strategy, one of the objectives for the HRS4R Action Plan is to implement changes that transforms IBEC into a researcher-centred organization, recognizing and considering the needs of all its community members. The Action Plan for the next three years consist of more than 40 actions in the areas of recruitment and selection, working conditions, ethical and professional issues and training and development, with a stress in promoting equal opportunities and a diverse and inclusive environment at IBEC.

The HRS4R is a crucial step for IBEC, and a mark of the institute’s commitment towards excellence in different areas. I warmly congratulate and thank all the IBEC community.

A Working and Monitoring Committee made up of volunteers from the research and support services areas is responsible for implementing and monitoring the HRS4R Action Plan and the Steering Committee composed of the Directorate and Deputy Directors oversees and supervises it.