Cellular push and pull, a key to the body’s response to processes such as cancer

Researchers, led by Pere Roca-Cusachs at the Institute for Bioengineering of Catalonia (IBEC) discover how force dynamics affect cells, and living tissues. The results give an insight into the critical mechanical processes that occur in different diseases such as cancer. 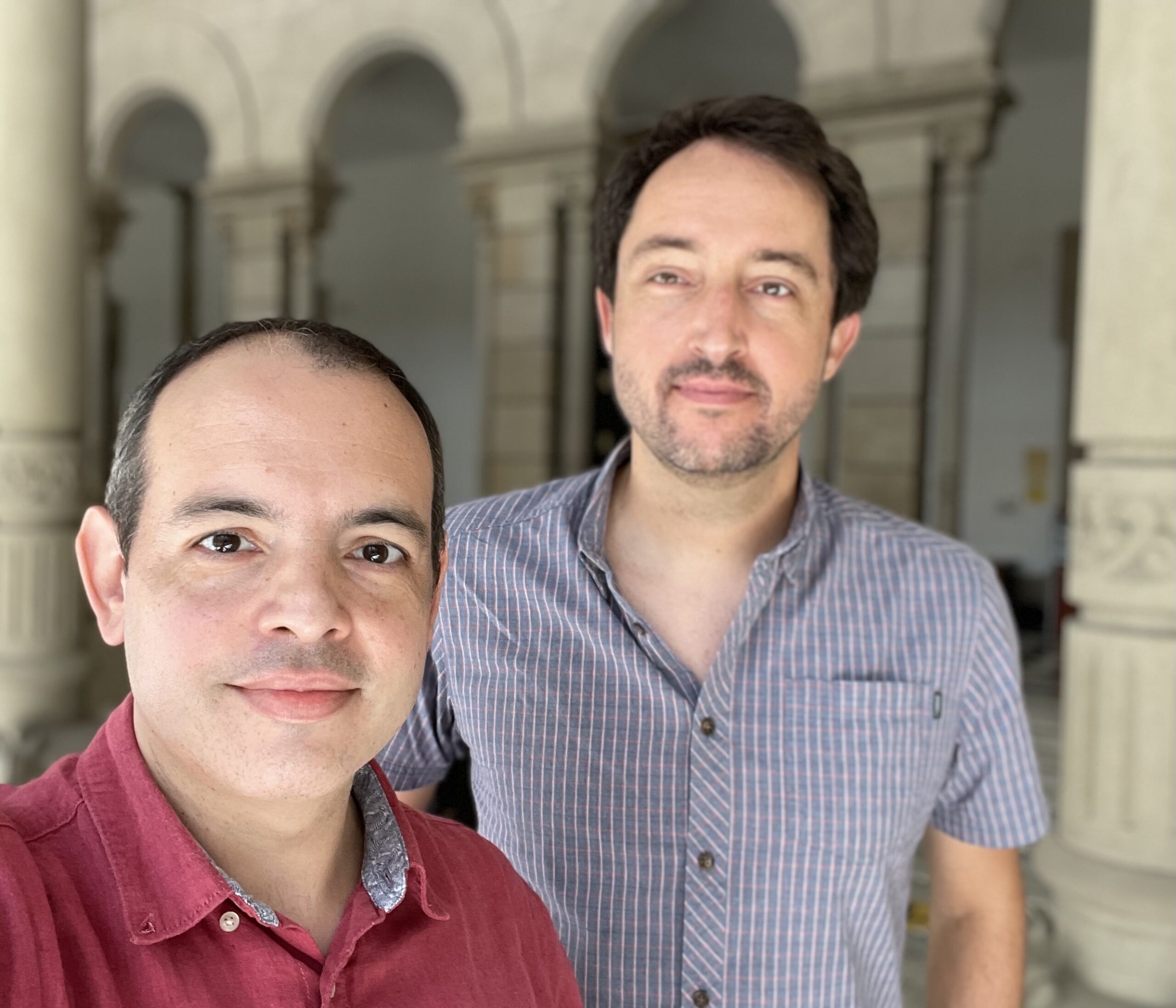 From the vocal cords that produce our voice, to our heartbeat, our body’s cells are constantly subjected to mechanical forces that steadily change their response to these stimuli, regulating vital processes, in healthy individuals and in diseases such as cancer alike. Nevertheless, despite their importance, we remain largely ignorant of how cells sense and respond to these forces.

Now, an international team co-led by the researcher Pere Roca-Cusachs, from the Institute for Bioengineering of Catalonia (IBEC), and Isaac Almendros, a researcher at the Respiratory Diseases Networking Biomedical Research Centre (CIBERES) and IDIBAPS, both professors at the Faculty of Medicine and Health Sciences of the University of Barcelona, has just proven that what determines mechanical sensitivity in cells is the rate at which the force is applied, in other words, how fast the force is applied. The paper has been published in the prestigious journal Nature Communications and shows, for the first time in vivo, the predictions of the “molecular clutch” model.
These results will help, for example, to gain a better understanding of how a cancerous tumour proliferates, as well as how the heart, the vocal cords or the respiratory system respond to the constant variation of forces to which they are repeatedly exposed.

Image 1: Isaac Almendros and Pere Roca-Cusachs (from left to right) leaders of the research.

A constant cellular “push and pull”

The researchers observed that there are two responses to the force applied to a cell, using state-of-the-art techniques such as Atomic Force Microscopy (AFM) or so-called “optical tweezers”.

On the one hand, the cytoskeleton, the dense network of fibres (mainly actin), which has, among others, the function of maintaining the shape and structure of the cell, is reinforced when the cell is subjected to a moderate force. In this regard, the cell is able to sense and respond to mechanical force, and the reinforcement of the cytoskeleton leads to a stiffening of the cell, and the localisation of the YAP protein in the nucleus. When this occurs, the YAP protein controls and activates genes related to cancer development.

On the other hand, if the rate of force applied is repeatedly applied above a certain value, a reverse effect occurs; the cell no longer senses the mechanical forces. In other words, instead of the cytoskeleton and the cell becoming more rigid, a partial breakdown of the cytoskeleton occurs, leading to a softening of the cell.

Like stretching and shrinking chewing gum, we have subjected cells to different forces in a controlled and precise manner, and we have seen that the rate at which the force is applied is of the utmost importance in determining the cellular response.

A model corroborated by in vivo experiments

To understand how the reinforcement and softening effects of the cytoskeleton are related, the researchers developed a computational model that considers the effect of the progressive application of force on the cytoskeleton and the “couplings” (proteins involved in binding the cell to the substrate, such as talin and integrin). These “couplings” are somewhat akin to the effect of the clutch of a car, in tightening the mechanical connection between the engine and the wheels, which is why the model is known as the “molecular clutch”. 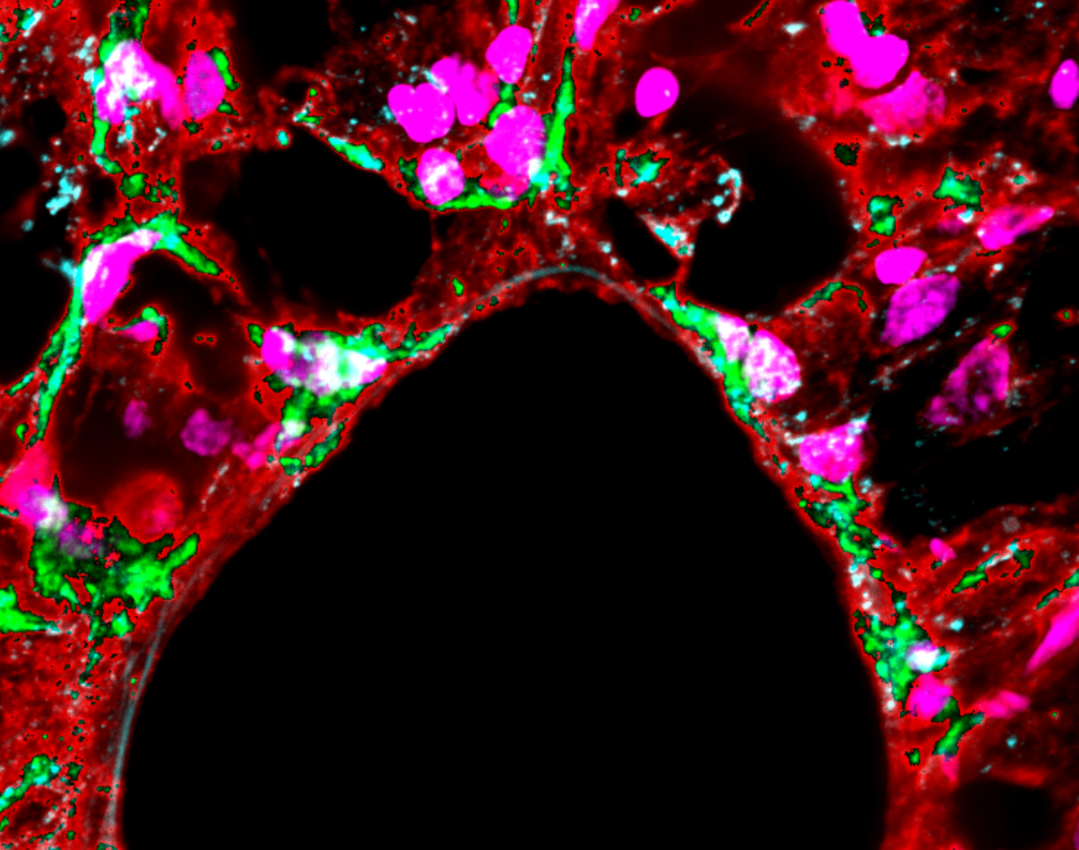 Next, the scientists performed experiments on laboratory rats to prove that the results observed in single cells also occur in in-vivo whole organs. To do so, the researchers studied the lungs, which naturally undergo cyclical mechanical stretching during breathing. Specifically, the two lungs were ventilated at different rates, with one lung filling and emptying faster (hyperventilation) and the other more slowly, while maintaining a normal total ventilation rate.

After analysing and comparing cells from both lungs, they observed that the YAP protein increased its nuclear localisation only in cells from the lung subjected to hyperventilation. This increase in YAP in in-vivo samples, caused by the “cellular tug-of-war”, was akin to that found in proliferating cancer tumours.

Our results demonstrate, at organ level, the role of force application rate in the transduction of the ventilation-induced mechanical signal in the lungs.

The paper sets out a mechanism by which cells respond, not only to direct forces, but also to other passive mechanical stimuli, such as the stiffness of the substrate on which they are located. The results give an insight into understanding how a priori opposite phenomena, such as reinforcing and softening of the cytoskeleton, can go hand in hand with controlling cell mechanics and respond specifically to different situations.