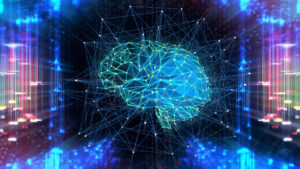 The brain presents different states depending on the communication between billions of neurons, and this network is the basis of all our perceptions, memories, and behaviours. It is often considered a “black box”, with difficult access for clinicians and researchers, as few limited tools are available to perform accurate and spaciotemporal studies on brain neuronal behaviour. Now, researchers from the Institute for Bioengineering of Catalonia (IBEC) in collaboration with August Pi i Sunyer Biomedical Research Institute (IDIBAPS) and have added some light to the subject: they succeeded for the first time in controlling neuronal activity in the brain using a molecule responsive to light.

The study included participants from the Autonomous University of Barcelona (UAB) and was carried out in the frame of the Human Brain Project of the EU. It describes the first way to directly photomodulate brain state transitions in vivo.

The work, led by ICREA Research Professors Pau Gorostiza (IBEC-CERCA, BIST, CIBER-BBN) and Mavi Sanchez-Vives (IDIBAPS) and has been recently published in the journal Advanced Science. Results show that this new molecule, named PAI (for Phthalimide-Azo-Iper) can specifically and locally control the muscarinic cholinergic receptors, that is, the acetylcholine receptors, a brain neurotransmitter very important in several processes as learning attention or memory.

Transitions between brain states, such as going from being asleep to awake, or waking up from a coma, are based on the transmission of chemical and electrical signals among groups of neurons involved in different functions. Current techniques to modulate neuronal activity as transcranial-magnetic or ultrasound stimulation have limitations in spatiotemporal and spectral performance. Another technique with high precision that also uses light to control the neurons in the optogenetics, but it depends on genetic manipulation, making difficult its translation to humans due to safety reasons.

Here, researchers applied photopharmacology to tackle these problems. To do so they used a molecule previously developed at IBEC, PAI, that is light responsive and allows a spatiotemporally controlled modulation of brain neurons, binding and controlling the activity of muscarinic cholinergic receptors, key receptors on neuronal interaction and communication. By using this approach, the cholinergic-innervation dependent brain state transitions can be controlled by light using drugs chemically designed to be photosensitive.

“The control of neuronal activity in the brain is key to perform both basic and applied research, and to develop safe and accurate techniques to perform therapeutic brain interventions in clinical neurology” 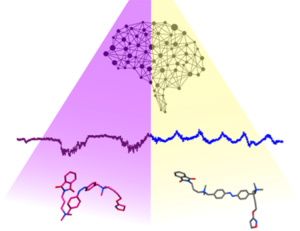 Different brain states and transitions among them are associated with brain function. They are closely linked to changes in brain activation patterns, which in turn reflect the activity and parameters of specific neuronal networks. Thus, manipulation of neurons with a spatiotemporal control is fundamental to determine the relation among brain states and behaviour and to study the influence of neuronal circuits on specific behaviours. In addition, PAI is pharmacologically specific for a muscarinic receptor subtype, M2, which offers exciting prospects to study the pharmacology of brain waves.

When applying PAI to the intact brain, and subsequently white light, researchers could modulate the spontaneous emerging slow oscillations in neuronal circuits and reversibly manipulate the brain oscillatory frequency. This new chemically-engineered tool allowed to induce and investigate in detail, in a controlled and non-invasive way, the transitions of brain from sleep- to awake-like states using direct illumination.

In our brain, neuronal activity is driven by molecules known as neuromodulators, for example acetylcholine (ACh), through their binding to cholinergic receptors. However, it is not completely understood the contribution of the different cells expressing ACh receptors in the global brain behaviour. The use of selective and photoswitchable cholinergic drugs as PAI to achieve a spatiotemporal precise modulation of brain activity opens the way to perform accurate basic neuroscience research and to develop future brain therapies and stimulation.

“The photocontrol of endogenous receptors and their functions in the central nervous system, such as the transition between different brain states, is an achievement for neuromodulation technologies”.

The Institute for Bioengineering of Catalonia (IBEC) is a CERCA centre, twice recognized as Severo Ochoa Centre of Excellence, and with the TECNIO seal as a technology developer and facilitator to companies. IBEC is a member of the Barcelona Institute of Science and Technology (BIST) and conducts multidisciplinary research of excellence on the frontier between engineering and life sciences to generate knowledge, integrating fields such as nanomedicine, biophysics, biotechnology, tissue engineering and information technology applications in the field of health. IBEC was created in 2005 by the Generalitat of Catalonia, the University of Barcelona (UB) and the Polytechnic University of Catalonia (UPC).

The Institut d’Investigacions Biomèdiques August Pi Sunyer (IDIBAPS) is a CERCA center for basic, translational and clinical research. Founded in 1996, it is a consortium made up of the Hospital Clinic of Barcelona, the University of Barcelona, the Generalitat of Catalonia and the Higher Council for Scientific Research, in a continuous search for knowledge of the disease and its treatment. One of the IDIBAPS research areas is Clinical and Experimental Neurosciences, which is part of the Systems Neuroscience group, participant in the present study.