A retrospective analysis performed by researchers from the Institute for Bioengineering of Catalonia (IBEC) and University College London (UCL) has found that high-intensity therapy beginning within 6 months post-stroke offers the best rehabilitation outcomes, suggesting that standards of care offered by many healthcare systems should be re-analysed. 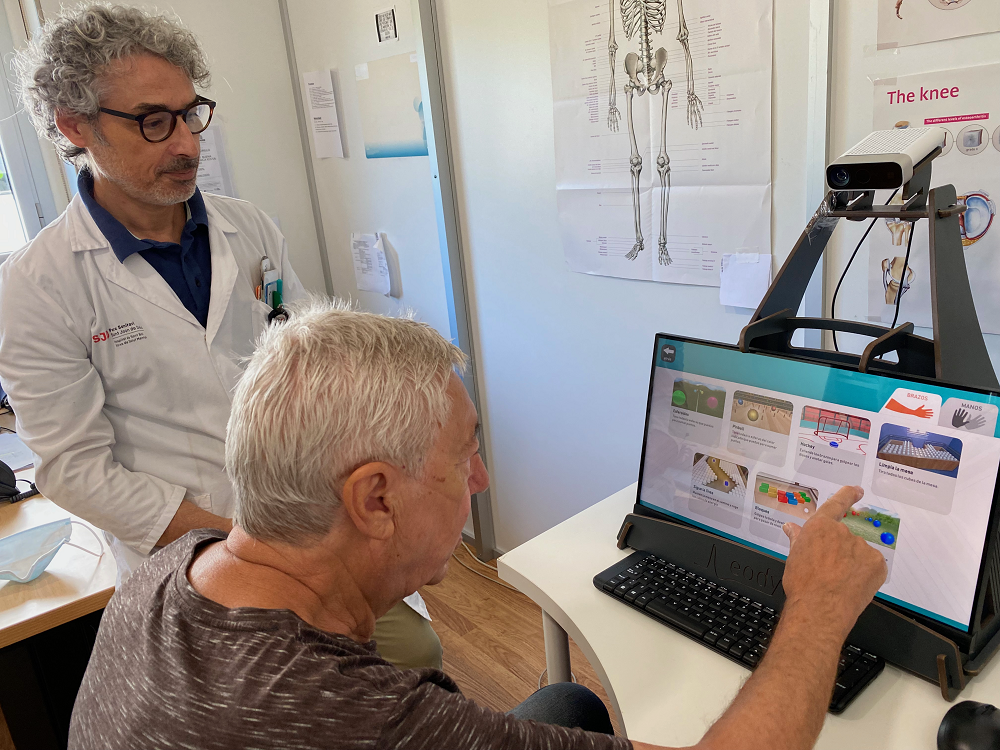 Stroke is one of the leading causes of death and disability in adults worldwide. Rehabilitative therapy is currently one of the best options that patients have to help regain lost motor function. While several studies over recent decades have pointed to the benefits of starting therapy within 6 months after a stroke, there is debate among the medical community regarding exactly how intensive it should be. In addition, current healthcare guidelines in many parts of the world still dictate that rehabilitation should not begin too early after a stroke (first 1-2 weeks), that the duration of each individual session should be short, and that patients should be discharged early.

However, the results of a new study published in the Journal of Neurology, Neurosurgery and Psychiatry demonstrate the overwhelming benefits of high-intensity —as opposed to low-intensity— rehabilitation, as well as further confirming the known advantages of initiating therapy sooner following a stroke. This work was carried out by ICREA Research Professor Paul Verschure and Belén Rubio Ballester —Group Leader and Postdoctoral Researcher at IBEC’s Synthetic, Perceptive, Emotive and Cognitive Systems (SPECS) Group, respectively— in collaboration with Nick S. Ward from UCL.

The researchers compared the results of two independent rehabilitation studies involving a total of 455 stroke patients who had lost some motor function in their arms. The first study, UCL’s Queen Square Upper Limb Neurorehabilitation, delivered a 3-week programme of 6 hours of therapy per day (or about 90 hours in total). In the second study, IBEC’s Rehabilitation Gaming System, patients followed a 3 to 12 weeks programme in which they received just 20 to 30 minutes of therapy per day (7.5 to 30 hours in total). In the latter group, the patients either received conventional therapy or virtual reality-based rehabilitation.

Measuring each patient’s improvement rate per week relative to their respective recovery potential, they found that the recovery of those who received 6 hours of therapy per day was significantly greater than those who received just 20 to 30 minutes. Their results also backed up previous findings that the advantages of rehabilitation decrease the later that therapy starts following a stroke. Despite this, they observed that the benefits of receiving high-intensity therapy were enough to overcome the detrimental effects of starting late.

“These results show us that standards of care offered by many healthcare systems should be reanalysed”, explains Belén Rubio Ballester, the study’s first author. “While the benefits of high-intensity therapy are clear, a key question remains: how can we implement this in our healthcare systems? One potential answer is through virtual reality-based rehabilitation systems that allow patients to do therapy at home, such as those that we are developing in the SPECS group.”

Finally, the researchers predict that the patients who received high-intensity therapy would have shown even greater improvements if the duration of their programme had carried on for more than 3 weeks. “Many protocols follow a 3 to 6 months window of recovery, but we believe that it could actually be much longer than that — perhaps even years”, Rubio Ballester concludes. Future studies will have to confirm this phenomenon.

Our results demonstrated the clear benefits of high-intensity, early-start rehabilitation programmes for stroke patients, and suggest to us that standard of care offered by many healthcare systems should be reanalysed.