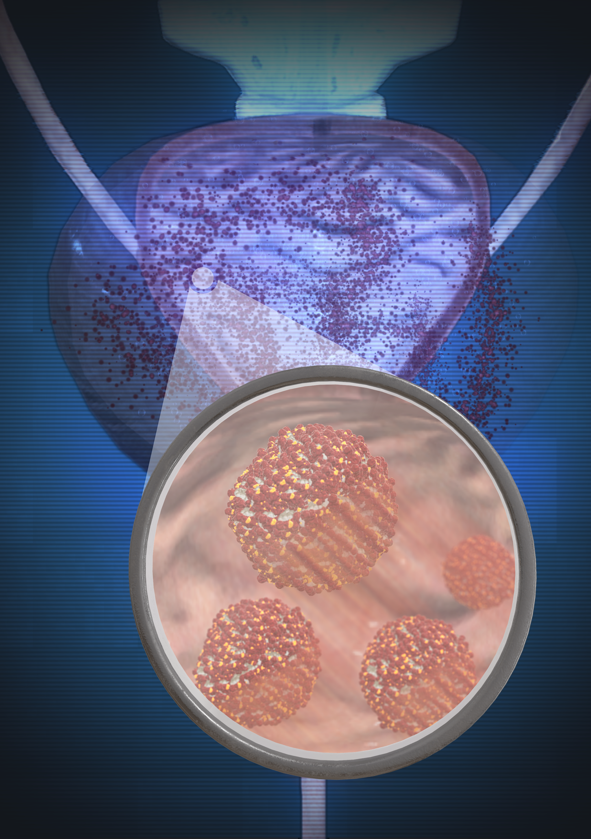 Nanobots are machines whose components are at the nano-scale (one millionth of a millimetre), and can be designed in such a way that they have the ability to move autonomously in fluids. Although they are still in the research and development phase, very significant advances are being made to make nanorobots a reality in the field of biomedicine. Their applications are very varied: from the identification of tumour cells, to the release of drugs in specific locations of the body. Nanorobots powered by catalytic enzymes are among the most promising systems because they are fully biocompatible and can make use of “fuels” already available in the body for their propulsion. However, understanding the collective behaviour of these nanorobots is essential to advance towards their use in clinical practice.

Now, in a new study published in the journal Science Robotics, researchers led by ICREA Research Professor Samuel Sánchez and his team “Smart Nano-Bio-Devices” at the Institute for Bioengineering of Catalonia (IBEC), together with the group  Radiochemistry & Nuclear Imaging Lab from CIC biomaGUNE lead by Jordi Llop and the Universitat Autònoma de Barcelona (UAB), have managed to observe in vivo, using radioactive isotope labelling, the collective behaviour of a large number of nanorobots designed at IBEC to have autonomous movement inside the bladder of living mice. 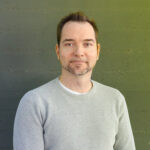 “The fact of having been able to see how nanorobots move together, like a swarm, and of following them within a living organism, is very important, since millions of them are needed to treat specific pathologies such as, for example, cancer tumours”, declares Samuel Sánchez, principal investigator at IBEC. “We have demonstrated for the first time that nanorobots can be monitored in vivo through Positron Emission Tomography (PET), a high-sensitive non-invasive technique used nowadays in the biomedical environment” explains Jordi Llop, principal investigator at the Radiochemistry & Nuclear Imaging Lab from CIC biomaGUNE.

To do this, the researchers first carried out in vitro experiments, monitoring the nanorobots through optical microscopy and Positron Emission Tomography (PET). Both techniques allowed them to observe how the nanoparticles mixed with the fluids and were capable of migrating, collectively, following complex paths. The nanorobots were then administered intravenously to mice and, finally, introduced into the bladders of these animals. Since Nanorobots are coated with an enzyme called urease, which uses the urea from urine as a fuel, they swim collectively inducing fluid flows inside the bladder.

Collective movements similar to flocks of birds or schools of fish

The team of scientists found that the distribution of nanodevices in the bladder of the mice was homogeneous, which indicates that the collective movement was coordinated and efficient.

Nanorobots show collective movements similar to those found in nature, such as birds flying in flocks, or the orderly patterns that schools of fish follow” 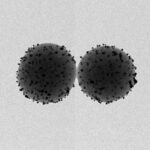 “We have seen that nanorobots that have urease on the surface move much faster than those that do not. It is, therefore, a proof of concept of the initial theory that nanorobots will be able to better reach a tumour and penetrate it”, says Jordi Llop, principal investigator at CIC biomaGUNE.

This study demonstrates the high efficiency of millions of nanoscopic devices to move in a coordinated way in both in vitro and in vivo environments, a fact that constitutes a fundamental advance in the race of nanorobots to become the key players in highly precise therapies and treatments. Future applications in medicine of these nano-scale devices are promising.

“This is the first time that we are able to directly visualize the active diffusion of biocompatible nanorobots within biological fluids in vivo. The possibility to monitor their activity within the body and the fact that they display a more homogeneous distribution could revolutionize the way we understand nanoparticle-based drug delivery and diagnostic approaches”, says Tania Patiño, co-corresponding author of the paper.

“Nanobot swarms” could be especially useful in viscous media, where drug diffusion is often limited by poor vascularization, such as in the gastrointestinal tract, the eye, or the joints. “In fact, as different enzymes can be incorporated into the tiny motors, nanorobots could be tailored according to the part within the organism, adapting the device to the accessible fuel in the environment where they must move”, concludes Professor Sánchez.

This is one of my favorite videos ever! How nice it is to see millions of nanobots under the microscope 👇@ahortelao @maria_guix so hard-working and motivated team! pic.twitter.com/gdLZr9q8d8

You can see all the impacts in the media: