More specifically, the doctors introduced a bioimplant called PeriCord to a 63-year-old patient who had suffered a heart attack.

Three months later, the size of the infarction scar caused by the heart attack had been significantly reduced -around 9%-, as the experts had predicted based on the latest preclinical studies using pigs.

The details of this new therapy can be found in a scientific article recently published in the journal EBioMedicine of the prestigious The Lancet. In this work, the authors explain that for the elaboration of the bioimplant –named like this after the two components that form it: the pericardium and the umbilical cord- they incorporated the cells into a pericardium matrix, acting as a vehicle, which enabled the application of the cells that were contained in the scaffold directly on the infracted area.

This bioimplant has a hardness comparable to that of a ventricle, it is made of decellularised human pericardium and enriched with mesenchymal stem cells, which come from the umbilical cord. These cells are characterized by possessing, apart from a great plasticity and important immunomodulatory and anti-inflammatory properties, the ability to regenerate tissues, which explains the reduction in the size of the scar caused by the heart attack. 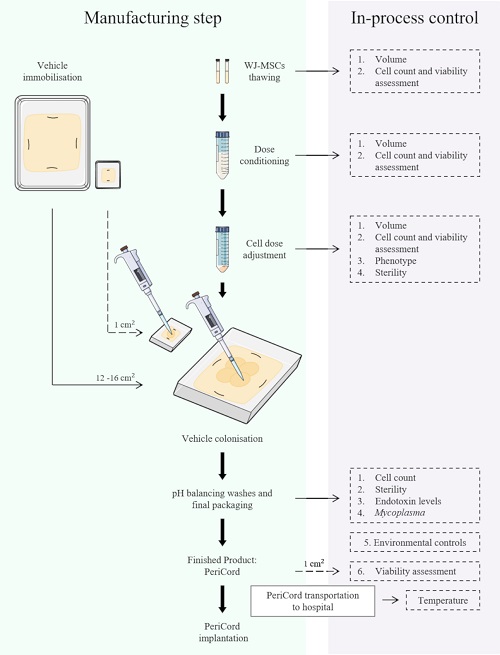 According to experts, led by UB professor Daniel Navajas, who heads the IBEC Cell and Respiratory Biomechanics Group, the greatest challenge in doing so

was to transform a 2 cm² prototype used in the preclinical model into a 16 cm² bioimplant, and to comply with all safety and regulatory requirements for human use.

A myocardial infarction can affect the patient’s ability to carry out activities of daily live, as well as their quality and life expectancy. In extreme cases, the patient may need a heart transplant. However, the more common result, is that the patient has a residual scar that dilates the heart and evolves into heart failure. Those are the patients that could significantly benefit from the new technology.

This project has been possible thanks to the support of the Health Department of the Generalitat of Catalonia through PERIS grants, the Carlos III Health Institute and “la Caixa”.