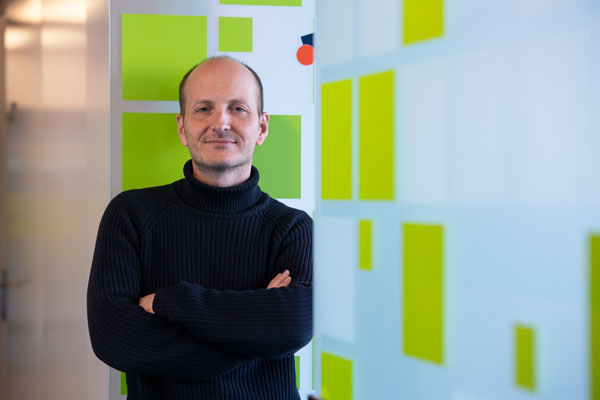 This morning the 7th edition of the “Constantes y Vitales” Awards was held, aimed at recognizing the 2021 projects in Biomedical Research and Health Prevention. In this year’s edition, Xavier Trepat, ICREA research professor and group leader at the Institute for Bioengineering of Catalonia (IBEC), has been awarded the “Young Talent Award in Biomedical Research”. The ceremony took place at the Palacio de las Alhajas Mamen Mendizábal, Madrid, with the presence of the Minister of Science and Innovation, Diana Morant, and the Chief Executive Officer of Atresmedia, Silvio González.

Xavier Trepat, leader of the research group Integrative cell and tissue dynamics at IBEC, and member of CIBER-BBN, is a recognized expert and pioneer, at an international level, in the field known as mechanobiology, which studies the role of physics in biological systems. Trepat and his team have developed several technologies over the past decade that have made it possible to observe, and measure at the nano-scale, the properties of cells. In doing so, Trepat and his team have contributed to a better understanding of the fundamental mechanisms underlying cell interaction and communication and have reported astonishing discoveries such as that of super elastic cells.

But this researcher, an engineer by training, had also a close experience working at a hospital where research was carried out changed the way of understanding science, has also focused on the role of physics in disease. As he stated in a recent article in Nature, the mechanical properties of tissues also play a role in abnormal cell growth, such as in cancer. In Trepat’s own words, “Rigidity makes cancer cells more malignant.”

And it is that mechanical forces determine biological entities such as cells and organs, both in health and disease and, therefore, as Trepat points out, “Understanding a cell without physics is like trying to write a book with only half the letters of the alphabet”.

As an example, Trepat and his collaborators recently used mouse stem cells, together with bioengineering and mechanobiology techniques, to measure, for the first time, cellular forces in laboratory mini-intestines. Thanks to this, the team led by Trepat was able to decipher how the inner wall of the intestine folds and moves. The study, published in the journal Nature Cell Biology, opened the doors to understand the bases of diseases such as celiac disease or cancer, and to find solutions for intestinal pathologies through the development of new therapies.

Awards for an exceptional international career 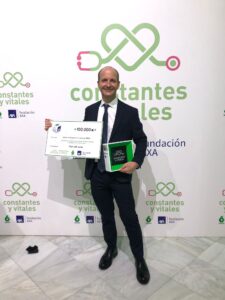 The European Research Council (ERC) – a European public organization that finances research projects – awarded Xavier Trepat, in 2020, the prestigious ERCAdvancedGrant, endowed with 2.5M euros. Before obtaining this scholarship, the researcher also obtained the “StartingGrant”, “ConsolidatorGrant” and “ProofofConcept” grants, all of them awarded by the ERC, completing the largest series of distinctions at the international level of this entity.

Previously, in 2015, Trepat was awarded with the Banco Sabadell Award, one of the most important grants in Spain, in the field of health sciences.

Xavier Trepat has also been one of the few researchers who have managed to publish his work, as first author, in five journals of the Nature family, specifically in Nature, Nature Physics, Nature Materials, Nature Methods, and Nature Cell Biology.