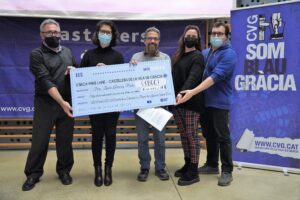 This project sought to develop a 3D-printed extracellular matrix of spinal cord cells, in both foetal and adult stages of development, to analyse its effects on promoting the growth of neuron axons, revascularisation and in vivo functional recovery in animals. This research involved the transplantation of bioactive constructions as a bioengineering therapy that offers an intervention for spinal cord damage. 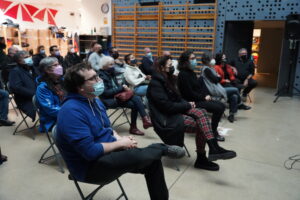 The winning project was announced on Monday 13th December at Can Musons, the headquarters of the Castellers in Vila de Gràcia. The 2nd edition of the Mike Lane Scholarship is worth €16,695.75, contributed by more than 75 patrons through a micro-patronage campaign and the Castellers de la Vila de Gràcia themselves.
In 2021, in pioneering research conducted at Northwestern University, with Álvarez Pinto as the first author, and published in the prestigious journal Science, the researchers administered a single injection of nanofibres into the spinal cord of paralyzed mice. Just four weeks later, the animals regained the ability to walk.

From Barcelona to USA. A Successful Career 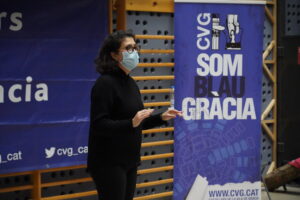 Dr. Zaida Álvarez Pinto did her doctoral thesis in Biomaterials for Repairing Brain Damage at the UPC/IBEC 2009-2014. From 2015-2019, she did a postdoctoral fellowship at the Simpson Querrey Institute for BioNanotechnology at Northwestern University in Chicago. From 2019-2021, she was a Research Assistant Professor at Feinberg Medical School at Northwestern University. Recently, as a researcher holding a “Beatriu de Pinós” fellowship at the Institute for Bioengineering of Catalonia (IBEC), she obtained a “Ramón y Cajal” grant to continue her research on new therapies for repairing the damaged spinal cord.