With her ENGINORG project, Professor Montserrat and her team at IBEC will work to identify and understand the interaction between metabolism and mechanobiology in embryonic kidney development, as well as during kidney disease. 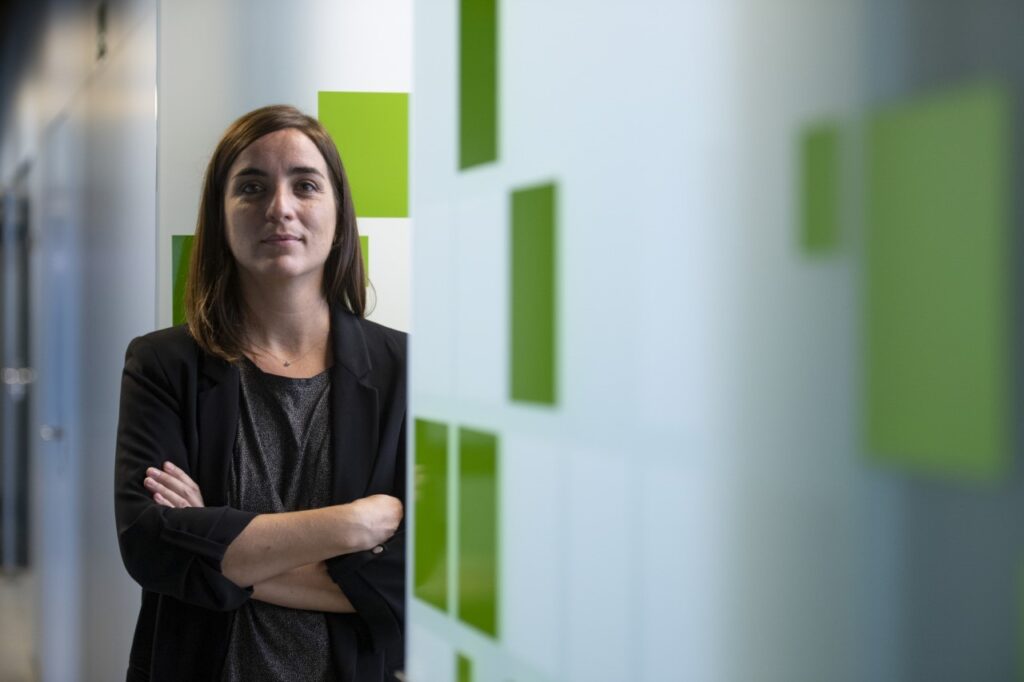 The European Research Council announced today the list of winners of the competition for the prestigious “ERC Consolidator Grants”. Of the 2506 proposals submitted this year, only 327 have been selected, a 13% that will be funded with a total of 655 million euros. In this edition, 37% of the grants were awarded to female researchers, the highest ratio since the start of the European Consolidator Grants.

Among the winners is Nuria Montserrat, ICREA Research Professor and Leader of the Group “Pluripotency for organ regeneration” at the Institute for Bioengineering of Catalonia (IBEC). With her ENGINORG project, Professor Montserrat will continue the path of success obtained in 2014 with REGMAMKID, the winning project of an ERC Starting Grant that led her to achieve several scientific milestones in bioengineering, such as those published in Nature Materials in 2019 and in Cell in 2020.

The ENGINORG project aims to identify and understand the interaction between metabolism and mechanobiology in embryonic kidney development and during kidney disease. To do this, ENGINORG will use as a model system of mini-kidneys generated from stem cells. The project will use genetic engineering and develop new biomaterials, as well as microfluidic devices that will allow to copy many of the physiological signals that cells receive in the embryonic kidney. In this way, Professor Montserrat and her team also intend to define new strategies to generate these mini-organs in a more robust and efficient way.

With a clearly translational approach, the project will focus on the modelling of congenital kidney and urinary tract diseases (CAKUT). Altogether, CAKUTs represent one of the most frequently identified abnormalities on prenatal ultrasound and are the leading cause of end-stage kidney disease in childhood in Europe. Given that the cause of most CAKUTs is multifactorial and that only a small percentage of them appear as a consequence of mutations in genes that control embryonic kidney development, Professor Montserrat’s project will use genetic engineering to introduce some of these known mutations in mini-kidneys. At the same time, to understand the role that the cellular environment plays in CAKUT, the research will develop small microfluidic devices (organ on a chip) to delve into what environmental factors, in addition to genetic mutations, can play a determining role in these pathologies.

Professor Nuria Montserrat was one of the eight Catalan researchers who received in 2014 prestigious “ERC Starting Grant” from the European Research Council (ERC), for her REGMAMKID project, aimed at generating fundamental knowledge and technological advances to regenerate the kidney of mammals. Since 2015, Montserrat is Leader of the Group “Pluripotency for organ regeneration” at IBEC and has published 16 scientific articles within the framework of the ERC Starting Grant. Her work has been dedicated to understanding how to control the differentiation of human pluripotent stem cells in the renal field, which resulted in a milestone in 2019: the generation of vascularized renal organoids, published in Nature Materials. In 2020,  NuriaMontserrat contributed to another great scientific advance, in collaboration with international research centers, using, for the first time, organoids derived from pluripotent stem cells, to study infection by the SARS-COV-2 virus, and to identify a molecule capable to reduce the viral load of this virus. The work was published in the journal Cell.

About IBEC
The Institute for Bioengineering of Catalonia (IBEC) is a CERCA research center, a member of the BIST (Barcelona Institute of Science and Technology) and twice recognized as a Severo Ochoa Center of Excellence. The IBEC is headquartered in Barcelona, ​​it carries out interdisciplinary research of excellence on the frontier of engineering and life sciences in order to generate new knowledge integrating fields such as nanomedicine, biophysics, biotechnology, tissue engineering and information technology applications in the field of health.