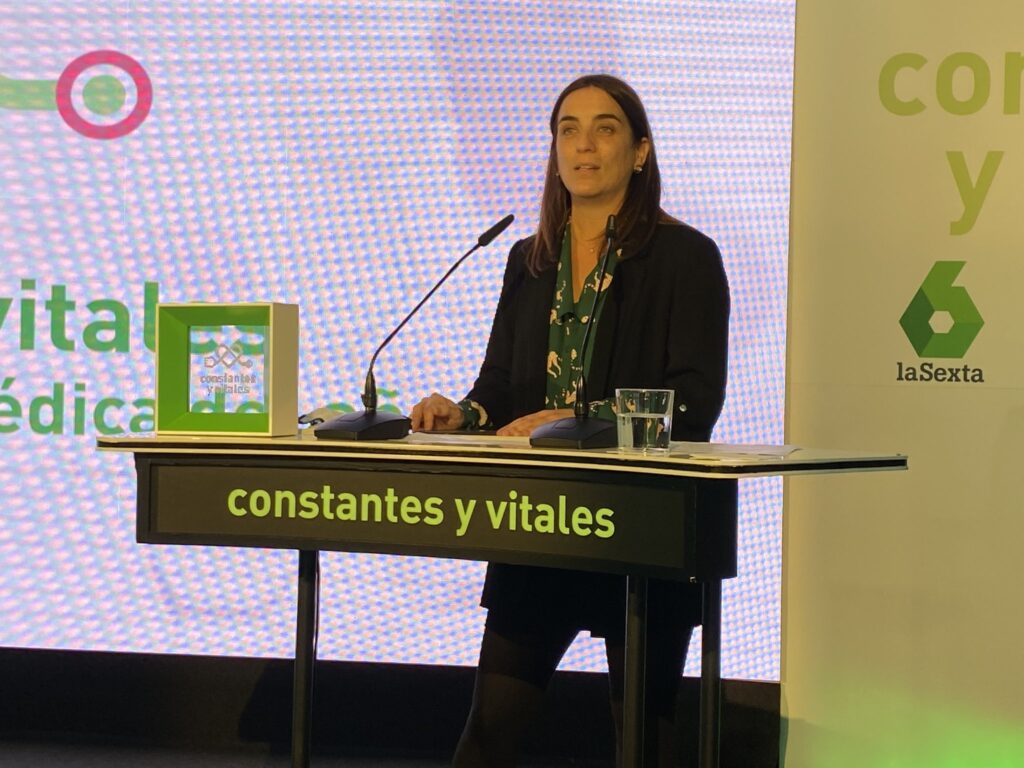 The 6th edition of the “Constantes y Vitales” Awards, aimed at recognizing the 2020 projects in Biomedical Research and Health Prevention was held this morning in Madrid. Nuria Montserrat, ICREA research professor and principal investigator at IBEC, was awarded in this edition for her study of SARS-CoV-2 through the use of human organoids created with bioengineering techniques. The awards ceremony took place at the Palacio de Neptuno in Madrid and it has been led by the initiative’s ambassador and moderator of La Sexta TV, Mamen Mendizábal. Olga Sánchez, president of the AXA Foundation, handed the award to Nuria Montserrat. 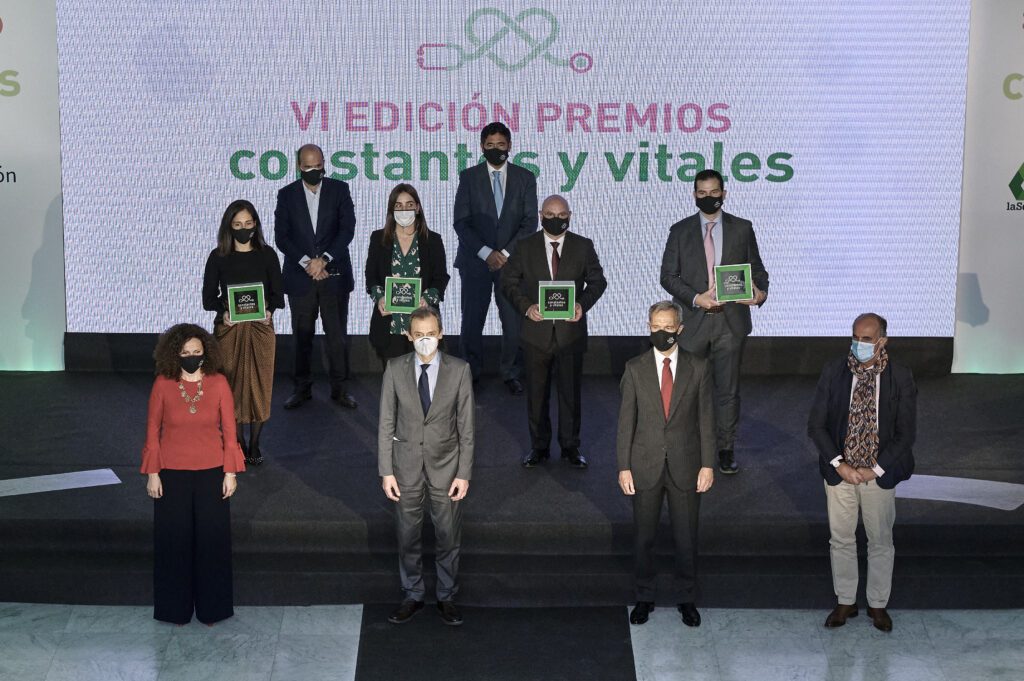 Francisco Martínez Mojica has been also awarded for his career, the AECC for the best communication campaign in medical prevention, and the cardiologist Borja Ibáñez received the ‘Young Talent’ Award. The event has been supported by Pedro Duque, Minister of Science and Innovation; Antonio Zapatero, Deputy Minister of Health of the Community of Madrid, the highest representatives of Atresmedia and Fundación AXA, and other well-renowned scientists.

Bioengineering organoids to study SARS-CoV-2, a major milestone in 2020

The Nuria Montserrat Pluripotency for organ regeneration group at IBEC made an important breakthrough last April 2020, in a collaboration with other international research centres, such as the Karolinska Institute in Sweden, the Institute of Molecular Biotechnology of Austrian Academy of Sciences and the Life Sciences Institute (LSI) at the British Columbia University, by using for the first time laboratory organoids to study SARS-CoV-2 virus. Researchers demonstrated that renal organoids contained groups of cells that expressed a cell receptor called ACE2 in a similar way to the one seen in native tissue, and proceeded to infect organoids with the SARS-CoV-2 virus. Once they obtained the infected mini-kidneys, they applied different drugs to inhibit SARS-CoV-2 infections and reduced their viral load. Through these studies, IBEC researchers helped identify a clinical phase drug that blocked the effects of SARS-CoV-2 virus. The work was published in Cell Journal. Since then, Montserrat´s group in IBEC has to worked intensively to use renal and other type of organoids to study SARS-CoV-2,  helping to develop possible therapeutic tools for the current COVID-19 outbreak.

Nuria Montserrat, a career focused on pluripotent cells and organoids

Dr. Nuria Montserrat became interested in organ regeneration and stem cells during her master and PhD training that finished in 2006. The same year she got a Postdoctoral fellowship from the Fundaçao para a Ciência e Tecnología (Portugal). In 2007 she was hired as a post-doctoral researcher at the Hospit al of Santa Creu i Sant Pau in Barcelona.In 2008 she moved to the Center of Regenerative Medicine of 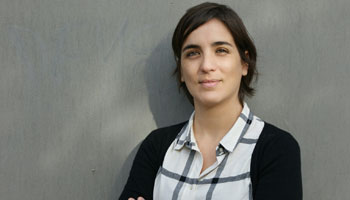 Barcelona (CMRB) as a research associate. There, Dr. Montserrat participated in developing strategies for the generation and banking of new induced pluripotent stem cells (iPSCs).
In 2010 she first co-authored how to reprogram cord blood stem cells for the first time (Nature Protocols, 2010). Then she reasoned that iPSCs could be obtained by means of safe strategies with new factors. The work resulted in a high-impact publication in Cell Stem Cell (2013), in where she was the first co-author. She also collaborated in other projects aimed to characterize the genomic integrity of human iPSCs (Nature 2012) as well as in the differentiation of iPSCs towards different lineages (Stem Cells 2011; Nature 2012; Nature Methods 2012, Nature Cell Biology 2013, Nature Communications 2014). Dr. Montserrat has also participated in the generation of platforms for the study of disease progression by means of iPSCs (Nature 2012, Nature Communications 2014).